Puerto Rico -- Top island scientist found Pixie Dust to be cause of first life. The daunting, controversial and annoyingly unsuccessful search for the origin of life has led the top Puerto Rico professor, Dr. Aso Shane, to search harder. After a long and restless night and then a hard day in the lab searching for life’s origin, Shane turned on the TV for the news, but happened to be on the Disney channel that his kids were watching a little before. He saw it, Pixie Dust was being applied to Wendy as the channel was playing Peter Pan. Then inspiration struck, Pixie Dust has to be the cause of life.

Read more »
Posted by Daniel Currier at 3:55 PM No comments:

Man felt like he was trapped in a woman's body, and then he was born

Armington -- Man being applauded for coming out with much courage after being trapped in a woman's body. Tony Kong reports that “years ago, I was trapped in a woman's body, than I was born.” An unnamed acquaintance reported that "we are all applauding him, you know, it takes real guts to tell the world what you really feel like. There is so much discrimination out there, we feel we need to lift Tony up as a hero. We think it's great that he is expressing himself as a man."

Read more »
Posted by Daniel Currier at 3:51 PM No comments:

Man Excommunicated From Christianity Because He Used His Mind 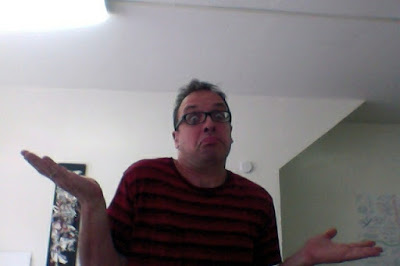 Washington DC -- Man pronounce "not Spirit filled" and “without faith” because he thinks he has reasons for his beliefs. He has been excommunicated from Christianity by his pastor.

God Tells Preacher To Commit Suicide, Funeral Will Be In Two Days

Chicago, IL -- Preacher dies after God tells him to commit suicide. Detective John Edwards from the Chicago police department was called to the home of Reverend William H. Coffee, senior pastor of Crossroads Community Church. Coffee was found dead and police were called to investigate.

Read more »
Posted by Daniel Currier at 8:23 PM No comments:

Chicago IL -- Amateur hockey player found dazed after learning fight did not break out in hockey game but rather a gospel song.

Big Jim, an amateur hockey player, was stunned when the hockey game fight did not turn out to be a hockey game but rather a church service.

Read more »
Posted by Daniel Currier at 8:23 PM No comments:

Atheists Identifies As Christian, We Need to Celebrate that Says Professor

Miami FL -- A new form of religion has been identified. According to sources, an atheist man, Tony Wabble of Miami Florida, now identifies as a Christian. Religion professor John J. Willson of the Miami College of Religion and the Arts stated “This is a new phenomenon. While many of us think you can’t be atheist and Christian at the same time, for some reason it seems that you can identify with that. Hey, if one identifies as one, I guess we need to be tolerant of his views.”

Read more »
Posted by Daniel Currier at 8:21 PM No comments:

Satire is a powerful tool to point out the obvious that everyone knows and sees down deep, but hard to express. Satire sometimes opens up a fun way to address culture and sociological issues that so many know exist. It presents the truth while tickling the funny bone. Sometimes it is meant to just be humor that we all can chuckle about.

Topics that can be inflammatory, if said in a humors way with satire, makes it less inflammatory.

However, it is still dangerous because it can "offend". Sadly, those who easily take offense have no sense of humor. Enjoy, unless you are offended...if so, feel free to leave!